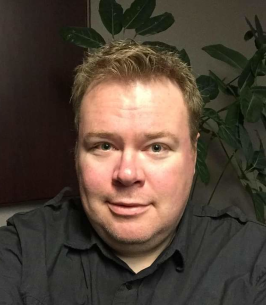 Christopher was baptized at Siloah Lutheran Church in Graceville, MN and confirmed at St. Andrew Lutheran Church in Eden Prairie, MN. Christopher was an active Cub Scout, where he was the number one Christmas Wreath salesman for 2 years, and a Boy Scout while attending Elementary and Middle School in Chanhassen and graduated from Chanhassen/Chaska High School in 1994, he was involved in the High School Theater Department. Christopher took some night classes at Minneapolis College of Art and Design: MCAD and after high school graduation continued at MCAD from 1994-1996 where he excelled in film making and computer animation. Christopher told of the times that he could complete a computer 3D rendering in record time by connecting all the computers together in the middle of the night when not in use.

Christopher was preceded in death by his mother Janine Ringdahl.

Survived by his father Mark Ringdahl and his brother David (Brooke) Ringdahl, and niece Lily.

All rights reserved. This obituary is also archived at obittree.com